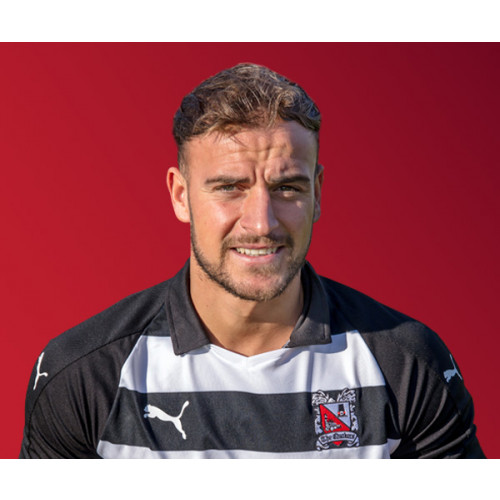 Jonny was signed from Bristol Rovers in the summer of 2018. Darlington born and brought up in the town, he started his career in Sunderland's academy, before switching to Middlesbrough and captaining their Under-21s.

After loan spells at Oldham and Kilmarnock, he was unfortunately released by Boro, and joined Bristol Rovers on a permanent basis in January 2017.

He made six appearances for Rovers in League One, and then moved on loan to York City in January 2018. He made 21 appearances for York (one of them against Darlington), and found the back of the net 3 times, before returning to Rovers at the end of his loan, when he was subsequently released.