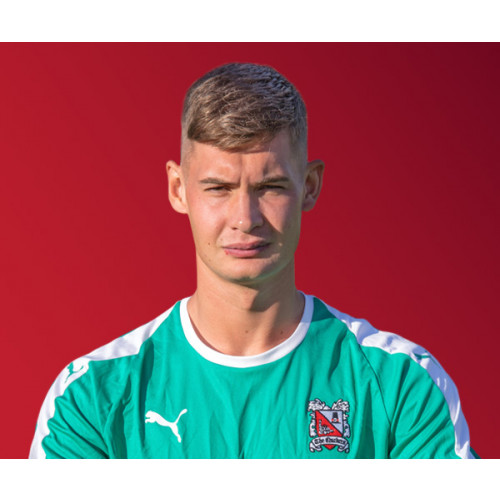 Goalkeeper Jonny Maddison signed for Quakers after he was released by League Two club Yeovil in June.

Jonny was born in Chester-le-Street and started his career at Sunderland. He was in their Academy until he was released in the summer of 2013. He moved to Crawley, who were then in League Two, and then moved on to the Development side at Leicester City in 2014. He was third choice at the club when they shocked everyone by winning the Premiership in 2016. He had a brief loan spell at Leamington in the National League North before moving on to Yeovil following his release by Leicester in the summer of 2016. He played 20 games for Yeovil, eleven of them in the second half of last season in League Two.

Jonny terminated his contract a year early at Yeovil in order to play regular first team football with Quakers.

He saved a penalty on his Darlington debut, against Curzon Ashton in August.