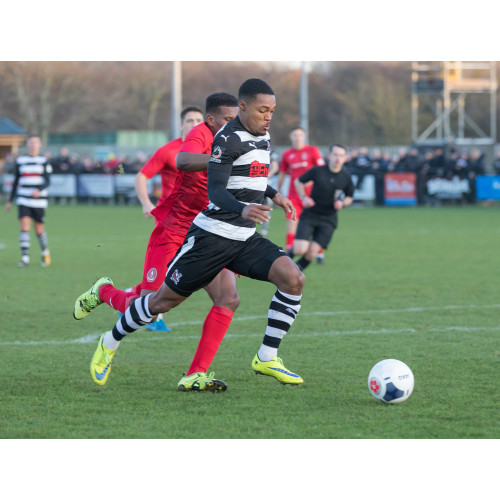 Striker Justin impressed manager Alun Armstrong sufficiently during the pre-season friendlies to be offered a permanent contract in July 2019.

He has represented his country, Bermuda, on 16 occasions, scoring three times, one of those goals in the 2019 Concacaf Gold Cup against the Dominican Republic.

He is also an accomplished triple jumper, and represented his country in the triple jump in the 2013 World Youth games.

He was the second top scorer last season, with nine goals in 37 league and cup appearances.