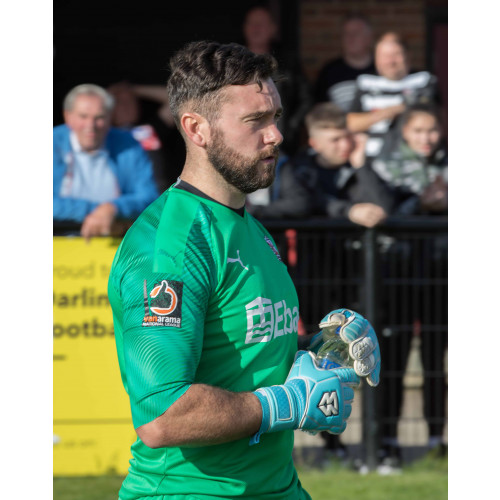 Liam joined us on loan in October 2019, and in his first spell, kept four clean sheets in five matches, and helped us into the first round of the FA Cup.

His second spell started in time for the first round FA Cup tie at Walsall, in which we drew 2-2.

Liam was signed from South Shields, playing there for four years, and helping them win several trophies, including the FA Vase at Wembly in 2016.

Prior to that, he had been at Dunston in the Northern League, also helping them to win the Vase at Wembley.