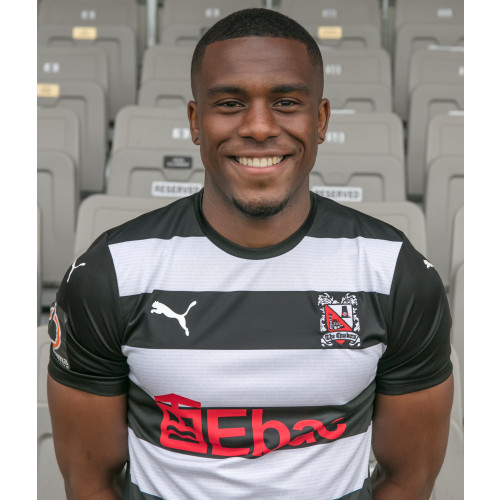 Luke is a right back/right wing back who started his career at Luton Town, but then suffered a broken leg when he was drawing the attention of several other clubs. He made his debut for Luton as a 16 year old against Cambridge in the FA trophy.

When he recovered, he joined St Neots Town, and then started studying at Loughborough University from where he was signed by Nuneaton in the summer of 2017. He joined Quakers in November 2017, and at the end of the season was invited on to the Jamie Vardy V9 coaching course.

He was outstanding during season 2018-19, and was called up twice by England C for matches against Wales and Estonia. He actually sat an exam while in Estonia.

Unfortunately, he was injured against Gateshead in August 2019, and is currently on the sidelines.