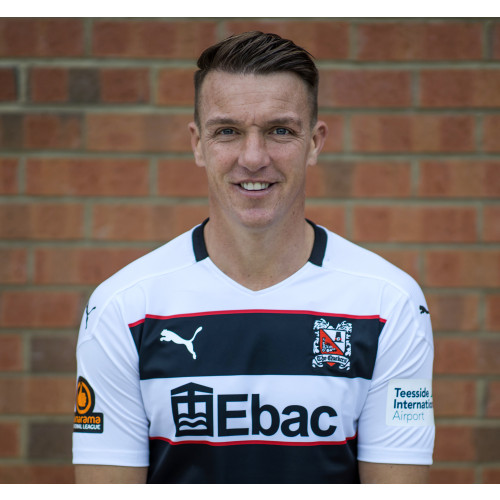 Tony, who is from Bishop Auckland, made his debut for Middlesbrough against Manchester United in the Premiership in 2004, and totalled 137 appearances for them in the Premiership and Championship – as well as games in the UEFA Cup against Egaleo, Lazio, Sporting Lisbon and Villareal -- until he moved on to Sheffield United eight years later.

He went on to play for Blackpool and Bradford City, for whom he played in the League One play off final in 2017.

After leaving Bradford, he moved to Oxford United for a season, and also had a loan spell at Scunthorpe United. In total, Tony has made 428 appearances in his career, scoring 24 goals. He has also played for England at Under 16, 17 and 19 levels.

He has also qualified as a UEFA A coach, and last season was helping out at the Middlesbrough Academy. He also became head of the Darlington Academy in September.