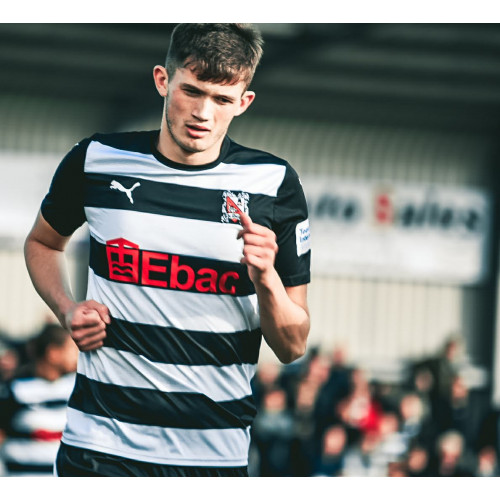 In his first spell, he scored 7 goals in 17 appearances, including three in the club's run to the FA Cup first round in season 2019-20, but he returned to Middlesbrough before the first round game against Walsall.

Manager Alun Armstrong signed him on loan again in November 2020, and he made his second debut at Alfreton, but he returned to Boro a month later.

He had his third loan spell at the start of season 2020-21, and when he was released by Boro, he was pre-season training with Quakers before he went to Scunthorpe on loan.

In his first three spells, Tyrone made 27 appearances for us, scoring nine times.