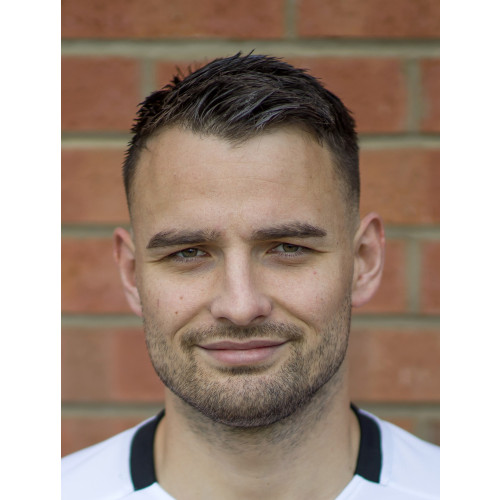 David started his career at Middlesbrough and played in a variety of defensive and midfield positions. Whilst he was at Middlesbrough, he had a loan spell at Carlisle, and helped them avoid relegation in 2015.

He made his move to Brunton Park permanent – he played for the Cumbrians in the FA Cup against Everton – and played a season there before moving to Blyth.

In his first spell at Blyth, he helped them win promotion to the National League North in season 2016-17, before he had a spell at IBV Vestmannaeyjar in Iceland, helping them win the Icelandic Cup and Europa League qualification.

After a second move to Blyth, he returned to Iceland and played in the Europa League.

His travels over for family reasons, he came back to Croft Park for a third spell in 2019, and helped them into the National League play offs, in which they were narrowly beaten by Altrincham. He became a free agent at the end of the season, and signed for Quakers.

He was restricted by injury in season 2019-20, and only made seven appearances.

Here's an interview with David.