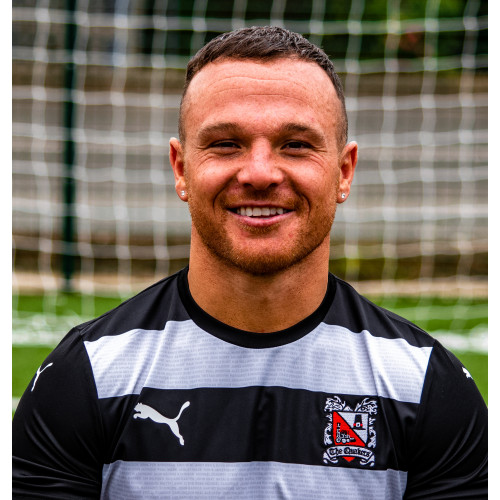 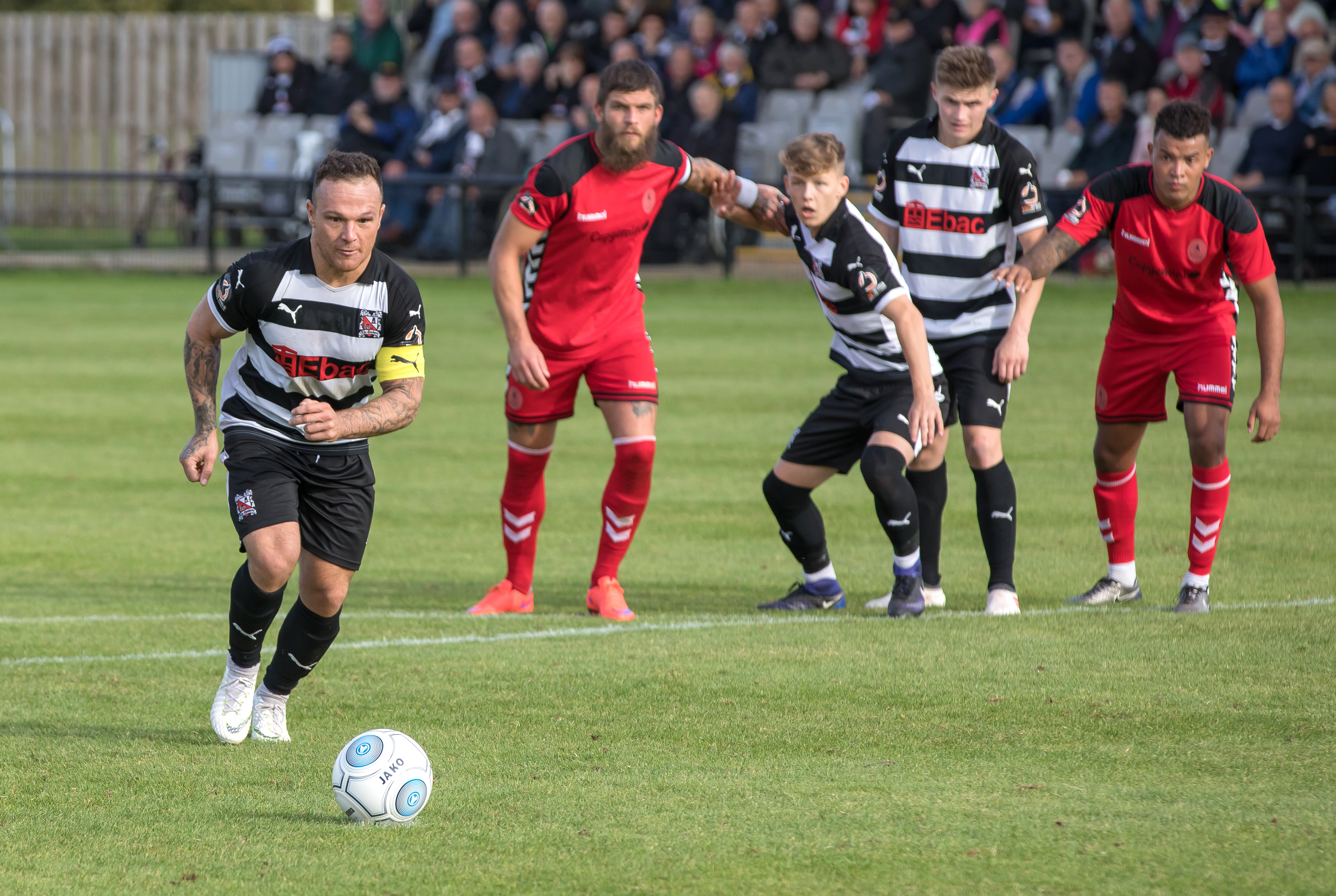 Thommo is the longest serving player on Quakers' books, having signed for Quakers in September 2012 from Northern League club Durham City. He started his career in the youth team at Middlesbrough but didn’t make a first team appearance, and then in 2008 moved to League Two club Port Vale where he scored twice in 17 appearances.

He was freed by Vale, and briefly joined Telford United in Conference North. He returned to the north east in the summer of 2010, and joined Durham City, who were then in the Evostik League. He was a regular scorer at New Ferens Park before he was transferred in September 2012 to Quakers for whom he scored 19 times in season 2012/13.

He was outstanding in season 2013/14, scoring several memorable goals, and he was the runaway winner of the EvoStik League’s player of the year award. He scored 27 goals in season 2013-14, and created many more for his team mates.

He equalled the club's scoring record when he scored from the penalty spot on Boxing day 2019, the winning goal in the 2-1 home win over Spennymoor.